What does it mean to be gender responsive in corrections?  How would recidivism interventions look different if they began with women in mind?  These are questions that Emily Salisbury, associate professor and director of the Utah Criminal Justice Center, has been asking for decades.  “Women’s pathways to crime and into our correctional systems look very different compared to men.”  Salisbury looks at the entire criminal justice experience—from probation to jail intake; prison intake to parole—in considering how those pathways differ. 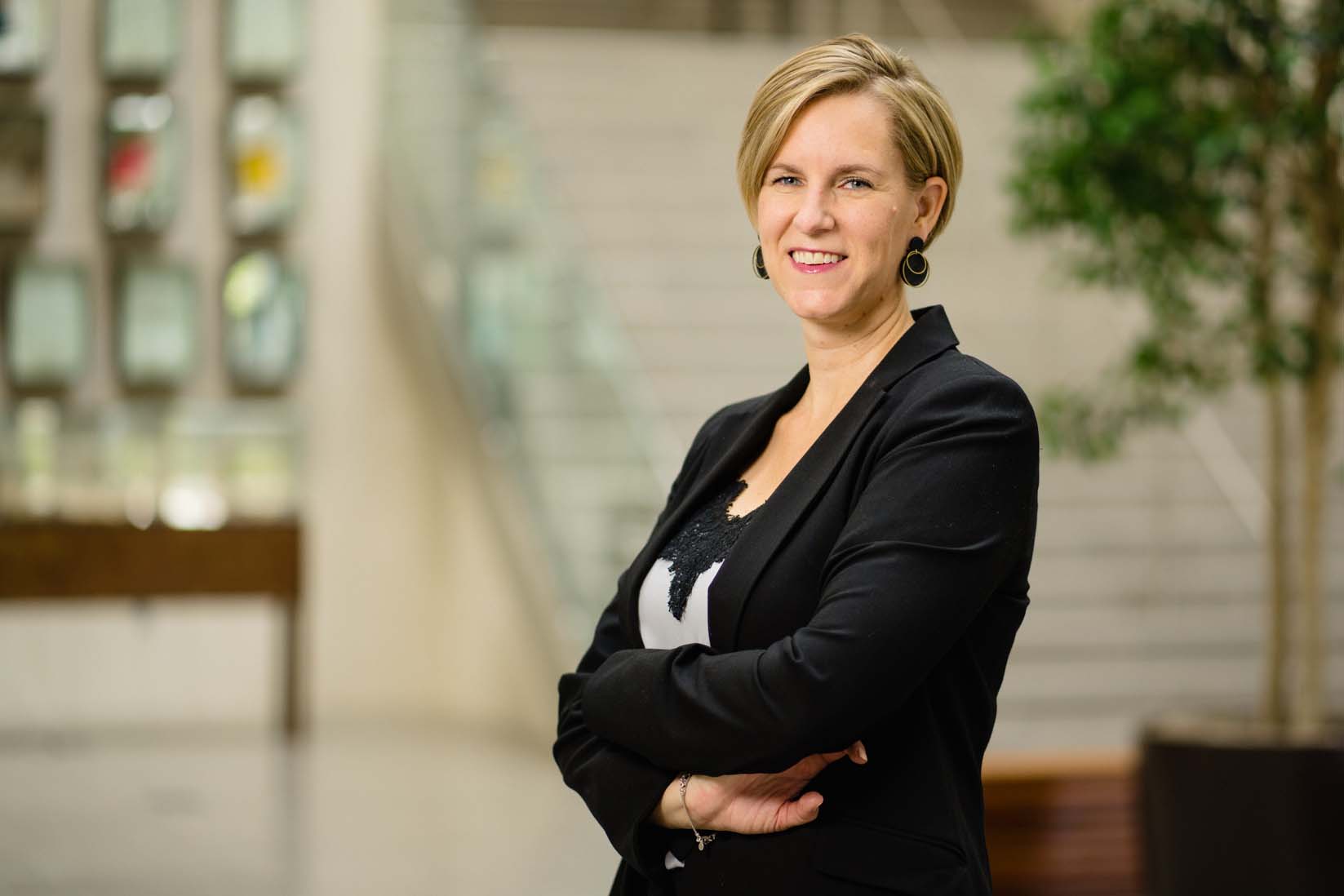 Her journey started nearly 20 years ago in her doctoral program.  Under the mentorship of her doctoral chair, the then-PhD candidate began preliminary research on what would eventually become the Women’s Risk Needs Assessment (WRNA).  “At the time, this was a population no one was talking about,” explained Salisbury.  “In talking to women, I found too many who weren’t being served well by the system.  Gender neutral tools didn’t capture the entire spectrum of women’s needs, and were misidentifying some of the needs they did have,” she said.  Salisbury made it clear that most things about justice involvement are different for men and women.  “Women are dealing with a lot more trauma—both former and current.  They typically have higher needs around mental health, particularly with anxiety, depression, and PTSD.  Women’s onset to addiction, and subsequent substance use, is also usually very different than men.”  She continued, “Both men and women deal with this, but we see it come together in a way that looks really different for women.”

WRNA is the only validated, peer-reviewed risk/needs assessment tool in the public domain specifically designed by and for system-impacted women.  Like most risk assessment tools, WRNA predicts the risk of serious misconduct, community recidivism, and risk factors; but it also uniquely assesses protective factors/strengths, and individualized case management needs for justice involved women.  Salisbury explained, “Masculine, ‘gender neutral’ risk assessment tools overclassify women—holding them in conditions too severe for their behaviors, and disrupting protective factors that could aid in rehabilitation.”  She continued, “These tools are called ‘neutral,’ but they’re not neutral; they’re male-derived.”

WRNA has now been implemented in over 80 jurisdictions across the country, as well as in various jurisdictions globally.  Wherever the tool is utilized, it gains approval from the staff and clients that use it.  Additionally, institutional validation continues to build through continued rigorous scientific study.

Salisbury sees a need for continued support from both private and academic arenas in order to tackle growing demands for criminal justice reform.  Rates of women’s incarceration have increased 700 percent since 1980, making it the fastest growing population in jails and prisons.  “If we’re going to talk about smart decarceration, we need to talk about decarcerating women,” Salisbury said.  “Of the women in the system, 70 percent are mothers.  If we want to disrupt inter-generational transmission of crime, and think about where we can make strides with decarceration safely, we should be talking about mothers.  When you’re talking about primary care providers, the social impact is wider and deeper.”

The latest test of WRNA came from a randomized controlled trial in Multnomah County, Oregon, funded by the Bureau of Justice Assistance in the U.S. Department of Justice.  Women participating in this Women’s Re-entry Assessment, Programming, and Services (WRAPS) study were randomly assigned to one of two conditions (both of which utilized WRNA): gender-responsive probation, or gender-responsive probation with additional support from a community health specialist (CHS).  The CHS was a county employee, assigned to work in tandem with both a client and their probation officer, who specifically helped women navigate their responsivity needs—that is, needs that required attention in order to stabilize clients for treatment intervention.  These needs can include addressing things as varied as housing insecurity, lack of transportation, missing identification, poor physical health, lack of medical insurance, food insecurity, and more.  The overall purpose of the mixed-methods study was to determine if gender-responsive supervision showed effectiveness in reducing recidivism, and whether the addition of the CHS further reduced recidivism rates.

Ultimately, the data showed that women from both conditions showed low levels of recidivism comparable to each other—a finding that indicates gender-responsive supervision is effective.  Although the addition of the CHS did not result in a greater reduction in recidivism, qualitative data showed significant support for both the CHS role and for gender-responsive supervision strategies in helping women desist from crime.

“Our statistical data showed very few differences between our groups across recidivism outcomes, suggesting that trauma- and gender-responsive probation, on the whole, is working.  Additionally, our qualitative data clearly demonstrates that pairing the CHS alongside probation officers as a supervision practice shows promise,” said Salisbury.  “Clients and staff alike sang the praises of gender-responsive training and community health specialists in helping to support women.  This is why mixed methods studies are so important.  The voices of women are vital in creating and supporting tools that work for them.”