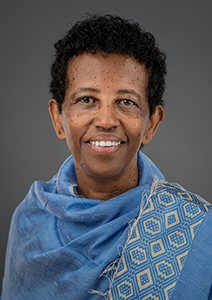 Dr. Tecle, a native of Eritrea, is an assistant professor in the University of Utah College of Social Work with research interests focusing on immigrants and refugees, displacements and global justice. She is a member of the advisory boards of the Utah Refugee Women’s Reproductive Health and Utah Refugee Women’s Initiative programs, and has helped develop workshops and information sessions for refugee women on women’s health topics. Dr. Tecle earned a master’s degree in sustainable international development from Brandeis University, followed by a master’s degree in social work and a doctoral degree in social welfare from the University of Washington. 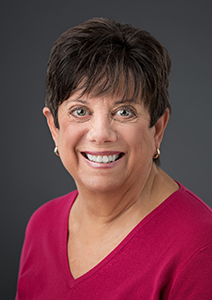 Dr. Dyer is an assistant professor in the University of Utah College of Nursing, specializing in nurse-midwifery, women’s health, health disparities and immigrant and refugee health, among other areas. She has provided hands-on pregnancy care with immigrant and refugee women, led community programs and organizations that address the needs of women and families, and has established a program of research focusing on the health care disparities of Utah women. Dr. Dyer earned master’s degrees in nurse midwifery and business administration, as well as a doctoral degree in nursing, from the University of Utah. 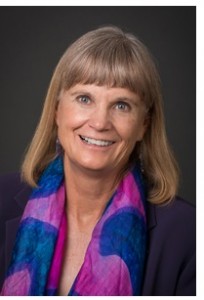 The Belle S. Spafford Endowed Chair was reconfigured in 2011 to support a selected research project for up to three years. Dr. Luptak and Dr. Wilby were awarded the position from 2011-2014, each serving as Chair for 18 months. During their tenure, they completed an innovative three-year, community-based participatory research study, “Repositioning for the New Old: Planning for the Needs of Baby Boomers and Their Families.” Utilizing a mixed method data collection strategy, the study examined the needs of community-dwelling older adults in Salt Lake County to help local governments plan for the needs of these individuals and their families. A total of 395 adults, aged 55-70, participated in the study. Research results were disseminated through national and international professional conferences, manuscripts, and presentations.

Dr. Wilby is a member of the University of Utah College of Social Work faculty and is the executive director of the W.D. Goodwill Initiatives on Aging. She received a J. A. Hartford Doctoral Fellows grant to support her dissertation work while pursuing her PhD. Dr. Wilby earned her PhD in social work, a Master of Social Work degree, and a master’s degree in recreation and leisure from the University of Utah. Additionally, she earned a Graduate Certificate in Gerontology from the University of Utah’s Center on Aging. While a student at the University of Utah, Dr. Wilby’s scholarship and potential was recognized with the William McPhee Scholarship for PhD students who demonstrate “outstanding promise in the area of social work research” (2004), and the Edward Okazaki Memorial Award for “achievement and promise in gerontology” (2004), among other honors. 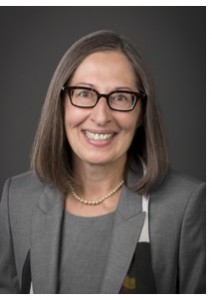 The Belle S. Spafford Endowed Chair was reconfigured in 2011 to support a selected research project for up to three years. Dr. Luptak and Dr. Wilby were awarded the position from 2011-2014, each serving as Chair for 18 months. During their tenure, they completed an innovative three-year, community-based participatory research study, “Repositioning for the New Old: Planning for the Needs of Baby Boomers and Their Families.” Utilizing a mixed method data collection strategy, the study examined the needs of community-dwelling older adults in Salt Lake County to help local governments plan for the needs of these individuals and their families. A total of 395 adults, aged 55-70, participated in the study. Research results were disseminated through national and international professional conferences, manuscripts, and presentations.

Dr. Luptak is an assistant professor in the University of Utah College of Social Work, where she also directs the Social Work in Aging emphasis for master’s students. Additionally, she is a J. A. Hartford Geriatric Social Work Faculty Scholar, which has enabled her to advocate for older adults at the state and national levels. Dr. Luptak earned both her PhD in social work with a minor in gerontology and her Master of Social Work degrees from the University of Minnesota. While pursuing her PhD, she was a J. A. Hartford Doctoral Fellow in Geriatric Social Work. Her work has been recognized with the University of Utah College of Social Work’s Mary Shields McPhee Award for Faculty Excellence in Teaching (2010), the National Institute on Aging 4th Annual Research Training on Aging and Social Work Award (2007-2008), and the National Institute on Aging Pre-doctoral Traineeship Award (2000-2003), among others. 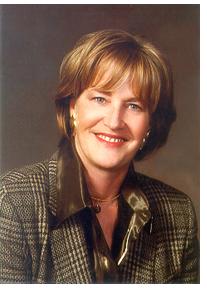 Dr. Graber initiated a “community conversation” through a series of events, including the Belle S. Spafford Birthday Recognition Event and the Spafford Roundtables. Valuable information from the 1996 Centennial Summit for Utah Women was used as a foundation to determine current needs and priorities. Over 400 different people participated in this process, which resulted in the announcement, in August 2002, of three areas of focus for Dr. Graber’s tenure: education, leaders, and families, with specific attention to women’s income and child care.

Dr. Graber earned her PhD in public policy analysis and administration from St. Louis University and her master’s degree in social administration from Case Western Reserve University. She was a member of the Utah Women’s Forum, the International Women’s Forum, the Utah Women’s Alliance for Building Community, and was the treasurer of the Utah Commission for Women and Families. She also served on the board of Voices for Utah Children. She firmly believed that these and her other community activities mirrored the many ways Belle Spafford worked with others to achieve better lives for women, their families, and their communities. 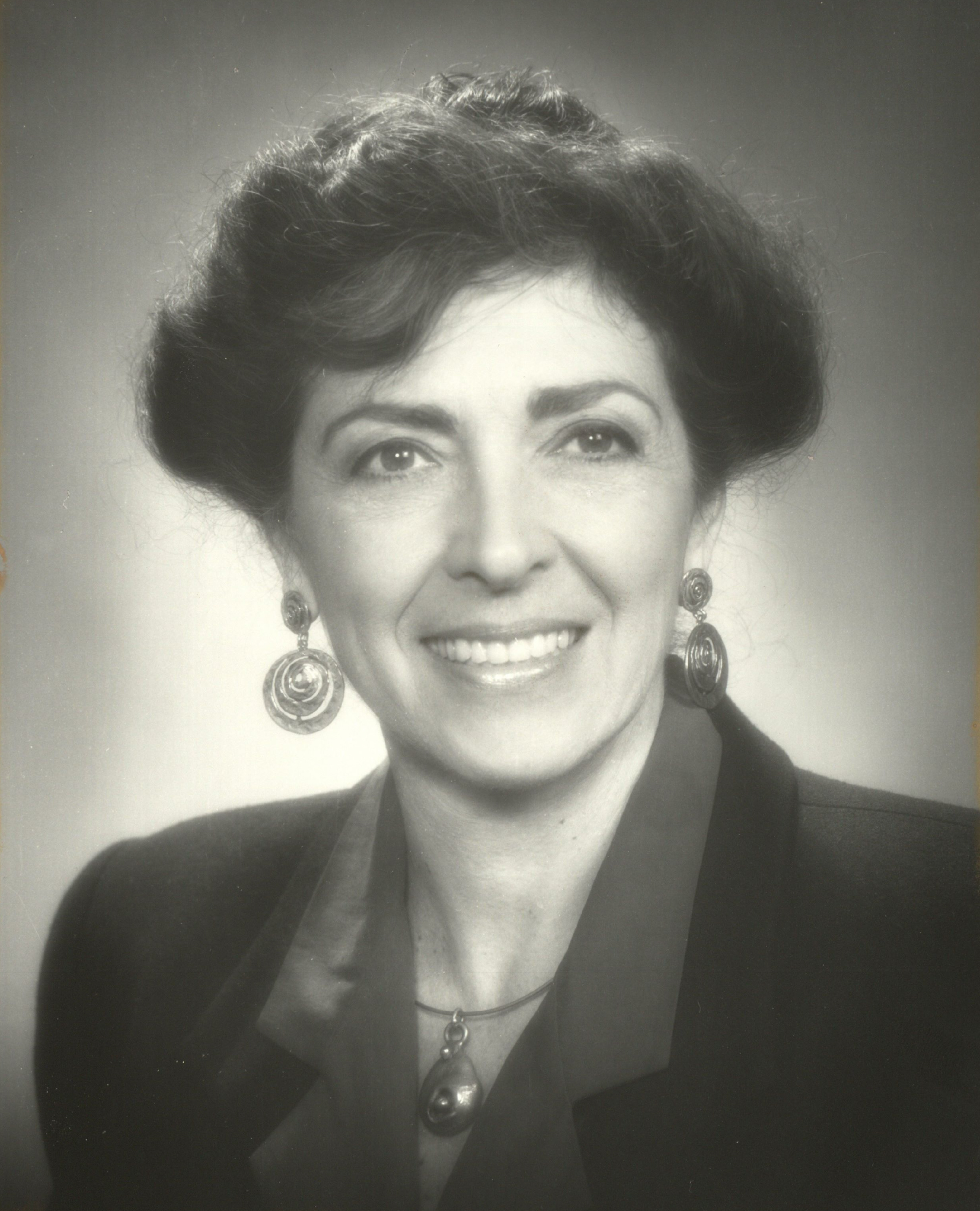 Dr. Brandwein held the Belle S. Spafford Endowed Chair for two years. Her area of interest and research while at the College of Social Work was domestic violence, with a special focus on Utah. Previously, Dr. Brandwein served as dean of the State University of New York at Stony Brook’s School of Social Welfare and spent four years as Commissioner of the Suffolk County Department of Social Services. She was also the second vice president of the National Association of Social Workers. 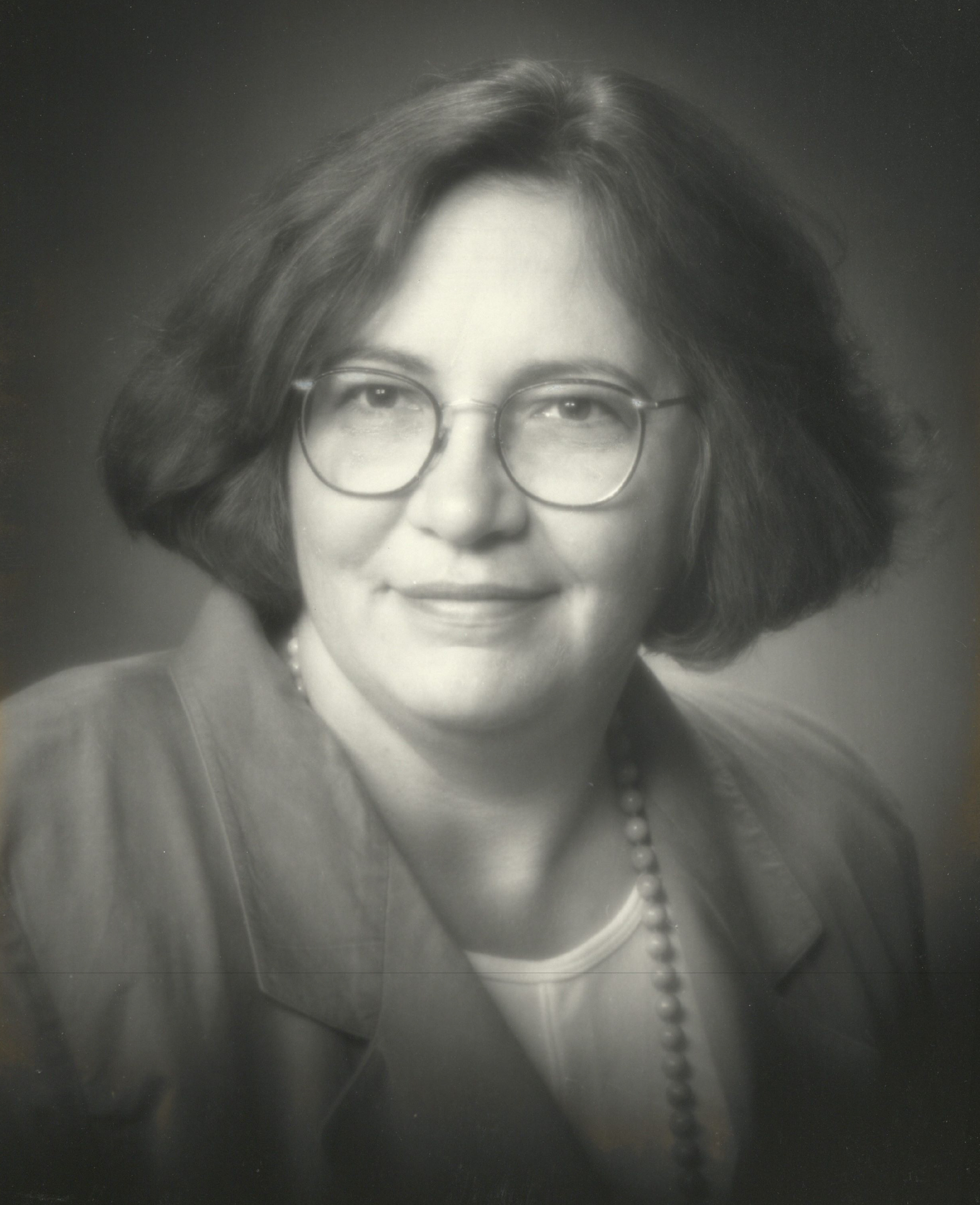 Dr. Cornwall spent her year as the Spafford Chair examining the status of women in Utah by using census data, available research, and vital statistics. She used this information to compare the status of women throughout Utah’s 100 years of statehood. Her findings were published in a book and were featured in a three-part documentary aired on KUED in 1995. The documentary examined three intergenerational families of different ethnic groups to explore the changes in women’s status over time.

Dr. Cornwall earned her PhD in sociology from the University of Minnesota and a master’s degree from Brigham Young University. While the Spafford Chair, Dr. Cornwall directed the Women’s Research Institute at BYU and served on the faculty of the institution’s Department of Sociology. 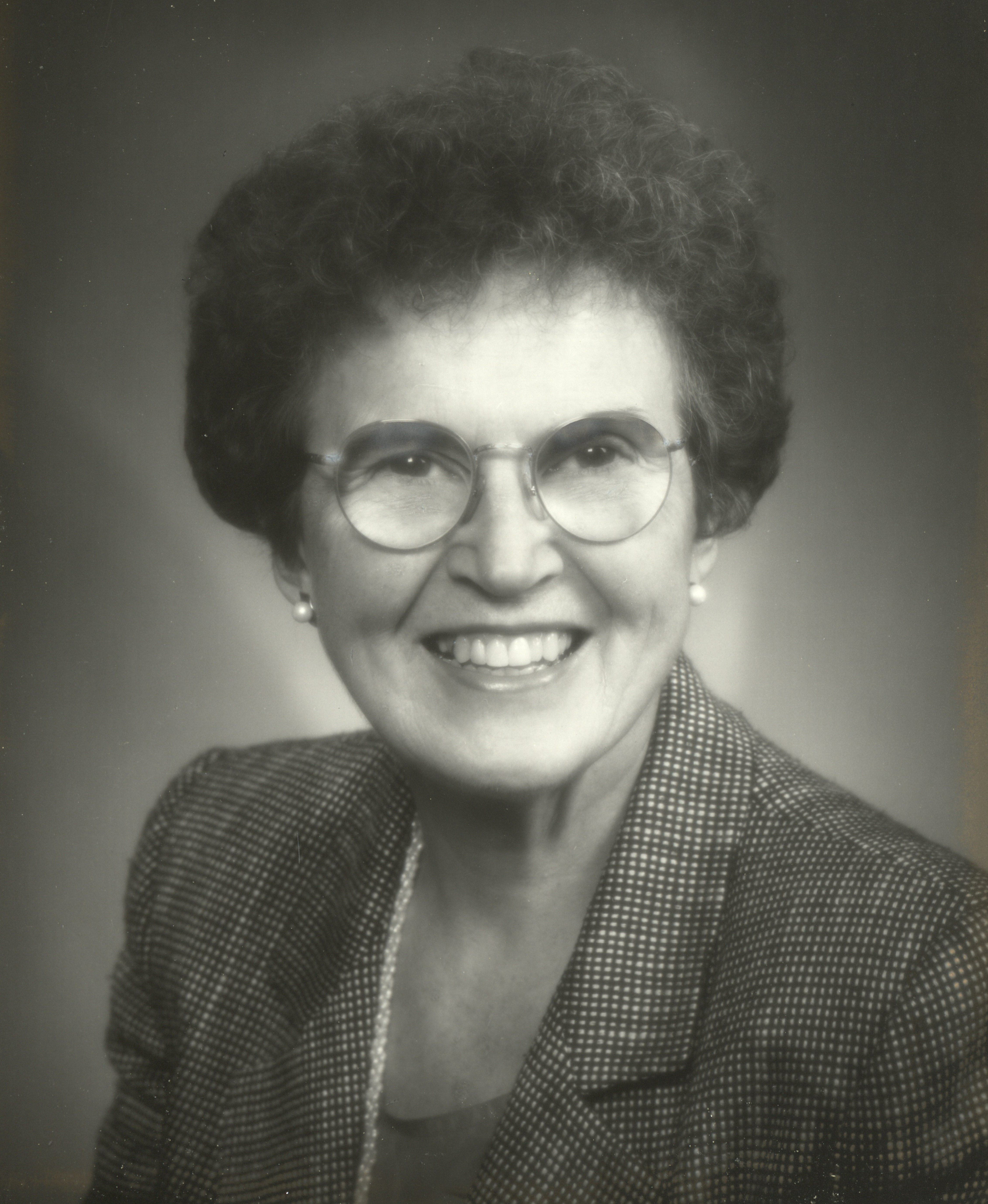 Dr. Sarri spent one academic year as the Belle S. Spafford Endowed Chair. During that time, she presented three lectures, which were free, open to the public, and well-attended: “Comparative Perspectives on Strategies for Empowerment of Women” (October, 1992); “Gender Perspectives on Social Policy and Social Change” (February, 1993); and “Women, Men, and Children: An Agenda for Their Well-Being in the 1990s” (May, 1993). In addition to the lectures, Dr. Sarri taught seminars on “Women, Work, and Careers” and “Women and Leadership: Management Roles in the Human Services.”

She earned her PhD in social work and sociology from the University of Michigan, later joining their social work faculty and working with their Institute for Social Research. Her career and research focused on gender studies, single parent families with children, social welfare administration, social policy and social change, and juvenile and criminal justice. Dr. Sarri authored numerous books and journal articles on these subjects. Ms. Amidei, a national social issues and women in poverty policy expert, was selected to be the third Belle S. Spafford Endowed Chair. As the Spafford Chair, she focused on the contributions that low-income women make to society. Ms. Amidei produced a year-end report: “Feminization of Poverty – How Does it Look in Utah?” The project updated facts and figures reported 10 years prior in a national study on the same subject, but with a focus on current Utah families. Ms. Amidei also taught classes and advocated for poor women and their families in talks to community groups, university forums, social service providers, and others. She presented the College of Social Work’s annual Beeley Lecture, speaking on “Advocacy in Human Services.” 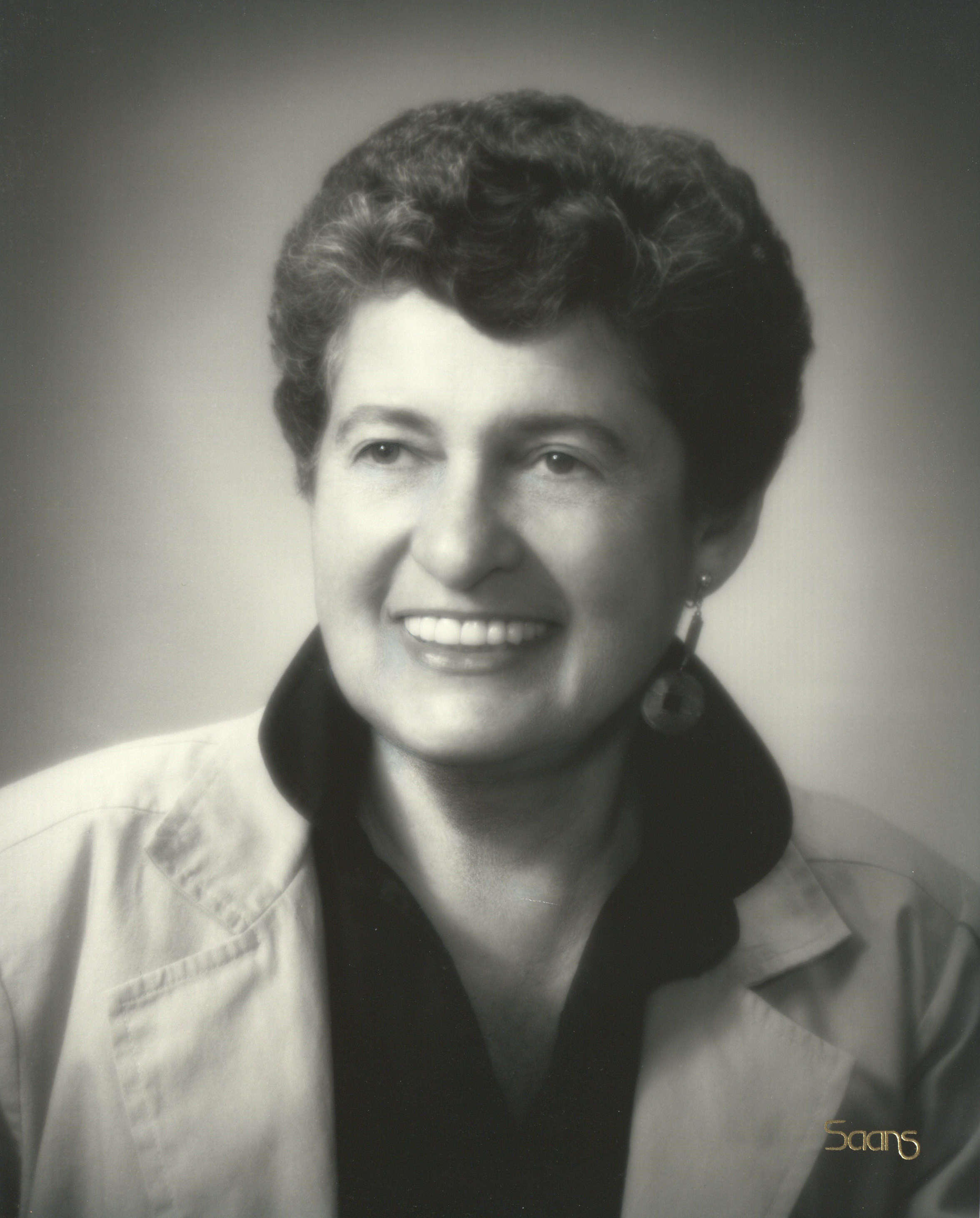 As the second Belle S. Spafford Endowed Chair, Dr. Bernard brought an interest in “franchising” women, particularly those in higher education, to become more active and effective in key positions of government and public office. During her tenure as the Spafford Chair, she sponsored a two-day research conference: “A Woman’s Conference: Developing an Agenda for the ’90s in Utah.” In the spring of 1990, she chaired the Third Annual Belle S. Spafford Conference: “Women Entering the Workforce.”

Dr. Bernard was a visiting professor from Southern University in New Orleans. She had served as dean of the School of Social Work at Florida State University and had been a faculty member at Smith College, Virginia Commonwealth University, Bryn Mawr College, and Tulane University. Dr. Gottlieb was selected as the first Belle S. Spafford Endowed Chair. As the Spafford Chair, she organized a working conference on health and economic issues of older women, which was held in Salt Lake City in 1988. She also prepared a monograph as the conference report: “The Conference on Older Women: The State of Knowledge and the Need for Action.”